Gamma Brewing Co was founded in early 2015 by five friends who met through bartending in the Copenhagen craft beer scene. In the beginning it was just a side project, we bought one fermentation tank and installed it in a brewer's collective in Gørløse north of Copenhagen, brewed a beer, kegged it, delivered it to local bars, brewed another and so on.
With the addition of bottles and another fermentation tank in 2016 Gamma slowly but surely grew and we started to export our beer to neighbouring countries, while still operating as a side project as we all worked full time elsewhere in the craft beer scene through 2017.

However, in 2018 we decided to try and see if Gamma could be a full time project. With a further two fermentation tanks and replacing the bottling machine with a canning line, the popularity of our beer grew, and we were able to travel to international festivals and became part of the craft beer scene in Europe.
Throughout 2019 we added more fermentation tanks, hired staff and continued to produce the beers we loved to drink. However, we were running out of space at the brewer's collective in Gørløse, so we decided to start looking for a building to make our own and build a brewery exactly like we wanted it.

In early 2020 we found the a great location in Herlev, just west of Copenhagen, a 1000m2 warehouse which was a perfect blank canvas for us to work with. As we were negotiating the lease the Covid-19 pandemic hit, with worldwide lockdowns as a result. We feared the worst, but we received an overwhelming amount of support through webshop orders, private deliveries, export clients and local shops coming together to support the craft beer industry.
After receiving this amazing and humbling amount support we felt confident in proceding with the new brewery project, so we signed the lease, got the keys, ordered equipment and started building the brewery of our dreams.
Now, in early 2021, almost exactly a year to the day we first saw the location in Herlev, we are in the final stages of preparation for the arrival of our brewhouse, tanks and canning line. We are extremely excited and cannot wait to show everyone who supported us the new brewery, taproom and shop! 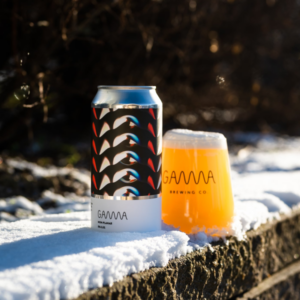